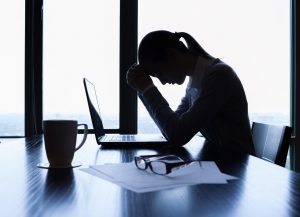 The courage of women who have spoken up and named and shamed those who have victimised them in the past has unleashed a new impetus for culture change.  Speaking up takes incredible courage, particularly as the person who has been sexually harassed, abused or raped then faces the risk of being further victimised.  Sexual harassment can be perpetrated by anyone and can happen to anyone, although there is a higher percentage towards women than men, and is usually perpetrated by someone we know.  Astoundingly, a high proportion of women face harassment in the workplace.

Why is sexual harassment so prevalent in the workplace?  Well, as we have recently heard in the news, not all workplaces are prepared for dealing with it.  Westminster itself had no support system in place for safe or appropriate reporting of sexual crimes.  Only recently has PM Theresa May issued a code of conduct and a new complaints procedure.  This raised questions as to why one was needed in the first place. Surely everyone knows the limits of acceptable and unacceptable behaviour?  Sadly, it seems if there’s a little bit of leeway for getting away with it, perpetrators of abuse will always push the boundaries.

So, what can organisations do?

Clear messages need to be sent out within a workplace of what is and is not acceptable in terms of behaviour as well as safe and appropriate procedures for reporting abuse.

Having a clarity of message ensures that there is no excuse for the behaviour.  The risks faced by women and men who have been sexually abused, particularly at work, include the fear of not being believed or supported, being labelled a trouble-maker, blowing the situation out of proportion, making it worse, losing their job, feeling shame or made to feel they are responsible for it in some way, which leads us to the concept of victim-blaming.

A social norm that needs to change

Victim blaming is an unhealthy message that society has upheld for a long time and needs to change.  The focus of attention is on the victim and their behaviour, what the person who suffered abuse should have done or not have done, meanwhile where is the perpetrator in all of this?  Due to this unhealthy attitude of focusing on the victim the perpetrator of abuse has now become invisible and is free to find someone else to abuse.  Now at last, with all the media attention, the focus and shame lie fully where it belongs, spotlighted on the perpetrator.

This problem is prevalent due to the messages portrayed by society that make perpetrators feel they can get away with it. It doesn’t help when a female judge states that a woman is asking for it if she’s drunk and/or wearing a short skirt.  This plays directly into the mindset of a perpetrator who can then justify their behaviour.  Sexual harassment is caused by the need for one person to gain power and control over another, having a sense of entitlement and revealing their true beliefs that women are inferior.  Perpetrators will use negative, manipulative communication such as, “Can’t you take a joke?  I didn’t mean it.”  Thereby exploiting their victim’s sense of fear and knowing the risks they face in reporting the abuse.  Perpetrators are aware of their behaviour and know it is unacceptable, illegal and harmful to others but do it anyway. Along with this is a distinct lack of empathy for how their victims feel i.e. Harvey Weinstein denying any claims of non-consensual sex.

Just for the record… A woman has the right to have a drink and choose what she wants to wear without having to risk unwanted sexual advances, or at the worst, rape

We're not around right now. But you can send us an email and we'll get back to you, asap.

We use cookies on our website to give you the most relevant experience by remembering your preferences and repeat visits. By clicking “Accept”, you consent to the use of ALL the cookies.
Cookie settingsACCEPT
Manage consent

This website uses cookies to improve your experience while you navigate through the website. Out of these, the cookies that are categorized as necessary are stored on your browser as they are essential for the working of basic functionalities of the website. We also use third-party cookies that help us analyze and understand how you use this website. These cookies will be stored in your browser only with your consent. You also have the option to opt-out of these cookies. But opting out of some of these cookies may affect your browsing experience.
Necessary Always Enabled
Necessary cookies are absolutely essential for the website to function properly. This category only includes cookies that ensures basic functionalities and security features of the website. These cookies do not store any personal information.
Non-necessary
Any cookies that may not be particularly necessary for the website to function and is used specifically to collect user personal data via analytics, ads, other embedded contents are termed as non-necessary cookies. It is mandatory to procure user consent prior to running these cookies on your website.
SAVE & ACCEPT